Last week's report on the country's Gross Domestic Product for the second quarter confirmed that the economy shrank in the year's first half, a fact that some investors and economists had already suspected. Broad-based inflation, rising energy prices, higher interest rates, and a strong dollar dragged on growth for the second consecutive quarter. And while the economy is still 1.6% larger compared to a year ago, even after adjusting for inflation, many wonder whether we are now in a recession. With clear signs that growth has slowed, how should long-term investors react? We discuss in this episode of The Wealth Effect Podcast: 📉 GDP Growth Rates📊 Breaking Down GDP Components 📈 The Stock Market Reaction

The economy shrank for the second consecutive quarter 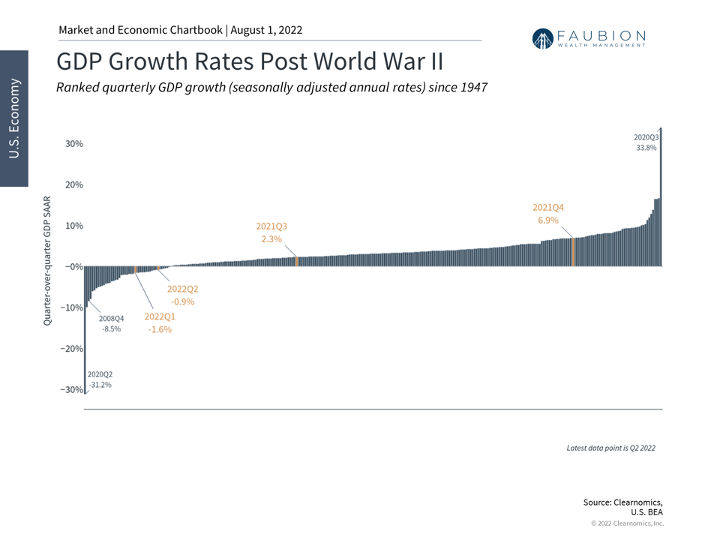 In this context, there are a few ways in which investors can interpret the latest GDP numbers. First, does this mean that we're in a recession? While some consider two consecutive quarters of negative growth to be a recession, sometimes referred to as a "technical recession," the official definition from the National Bureau of Economic Research is more nuanced and considers various factors beyond GDP, including the labor market.

Business investment and inventories dragged on GDP in Q2 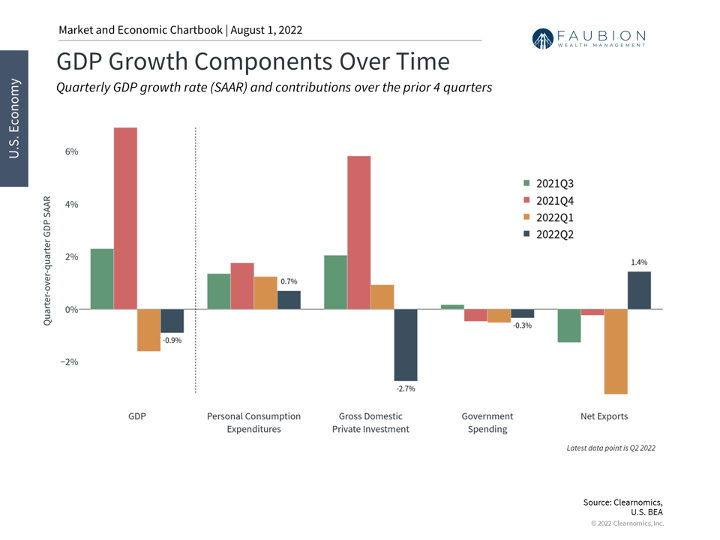 Third, while there were slowdowns across the board, including in consumer spending, the biggest detractor in the second quarter was a drop in private inventories among businesses. A critical business cycle component is the inventory cycle since companies don't simply produce everything "just-in-time." Instead, they need to anticipate future demand and may accumulate inventory. When businesses build up inventories, this boosts economic growth in those quarters at the expense of future periods when they draw down those inventories.

The market has rallied significantly since mid-June 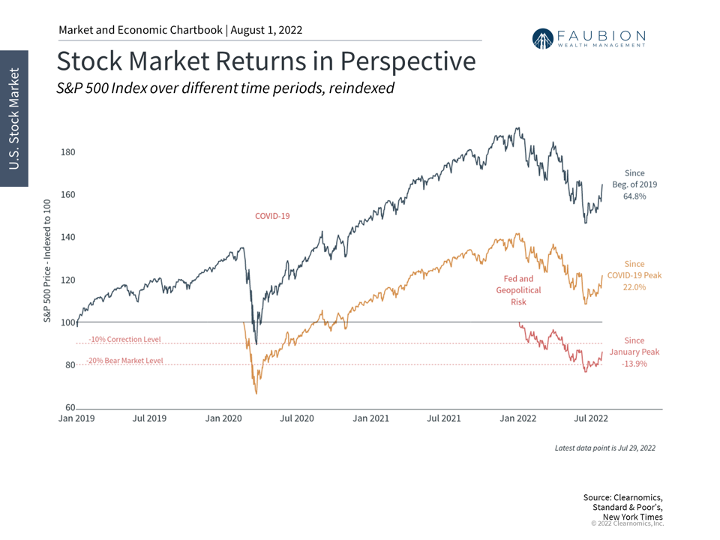 The bottom line: The economic and market news media have many ways to distribute news, as well as the interpretation of that news. However, the reality of the situation is typically far more nuanced than the provided narratives. Today, economic data is mixed with no clear trends arising, which lends itself to patience and discipline. When those trends become apparent, we will be on the front lines of letting you know.

This content is developed from sources believed to be providing accurate information. It may not be used for the purpose of avoiding any federal tax penalties. Please consult legal or tax professionals for specific information regarding your individual situation. The opinions expressed and material provided are for general information, and should not be considered a solicitation for the purchase or sale of any security.